Andre Bertin began his professional career as a “trackie” or track racer. It should not be surprising that not only one but two track bikes remained in the Cycles Bertin model lineup throughout most of the company’s commercial life.

The C 38 was a full Reynolds 531 professional level track bike offering various high end track gruppos including Campagnolo. Its more affordable entry level sister bike, the C 56, was a dedicated track bike made with a full Durifort tubeset and dedicated French track components. In the late 80s I had occassion to consider a C 56 and found it be a well equipped and beautifully finished bicycle with its all French components. 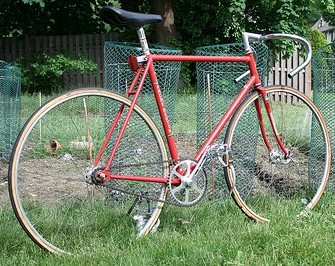 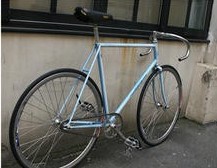 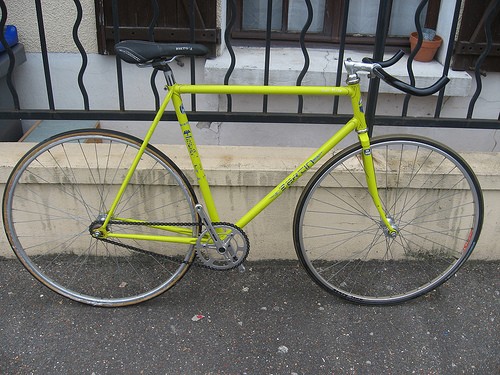 A Bertin C 56 belonging to Khastro from France. 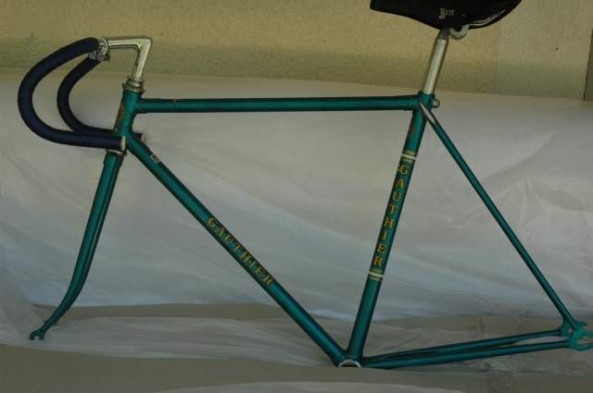 Bertin would produce bicycles for specific shops or do small production runs. This Bertin/Gauthier is a C 56. 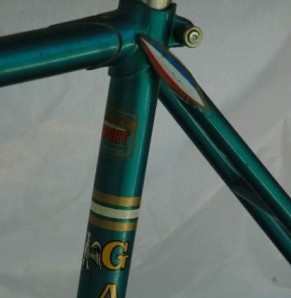 This is an early 1960s C 38 found in New Zealand. It has the early TA cottered Professionel cranks.

This Bertin C 38 has been resprayed and was offered for sale on a New Zealand  web site in November, 2009. 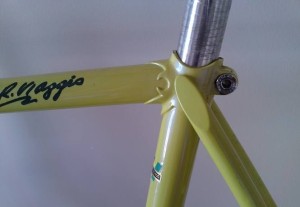 Details of Nervex Pro seat lug and flat plate stay caps. Thanks to Josh from New Zealand for leads on the previous two track bikes.

This is Gaston’s C 56 updated as a fixie for street use with what looks like an alloy fork and updated wheels. 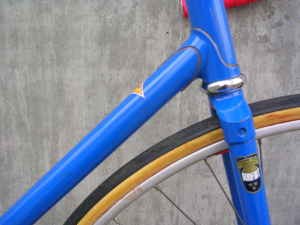 The blue C 56 above is an 80s model with remarkably intact French specification equipment right down to the TA crankset and Marcel Berthet pedals.

This C 56 was aquired by Gordon S. at a bike jumble in the U.K. It appears to have been previously updated for road use as a fixie. 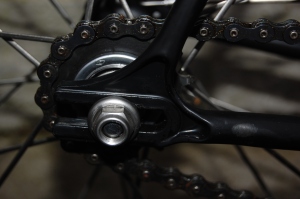 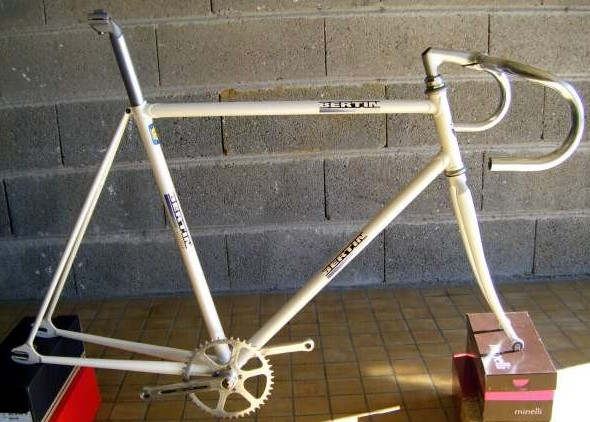 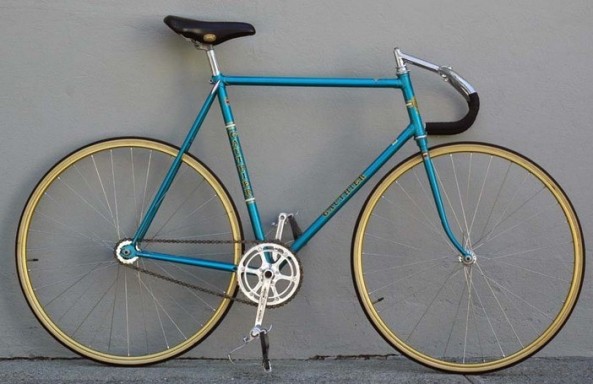 This is another example of a Gauthier branded Bertin C 56. Unusually, for a track bike, it has low flange track hubs.

Details of the Durifort frameset and French gruppo of the Gauthier/Bertin shown above in profile.

This is another C 56 similar to the white one above. Note that the seat stays have been been attached to the binder bolt unlike earlier C 56s which had  been brazed to the sides of the seat lug.

The C 56  above appeared on a French site for street riders using fixed gear bikes. Despite the aero street running gear and wheels, the distinctive crown and round fork blades reveal this bike’s origins.

Another C 56 from the 90s with an 80s style paint scheme and a 70s period seat tube decal. Very eclectic!

Another Vitus 999 framed 90s Bertin C 56 from leboncoin in France.

This C 56 is  from the early 1980s. Its Vitus 888 frame and fork stickers remain  intact and clearly visible. 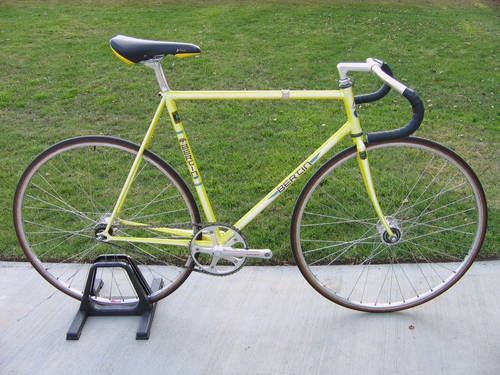 This 80s Bertin C 38 was advertised on Craigslist in March of 2011. It has a full Dura Ace track gruppo.

The gallery photographs are taken from various sites around the Web. Credit and source links, where known, are given for each. Should you wish the photo deleted, e-mail Jim via the Contact Form under the Feature Pages on the Side Bar.